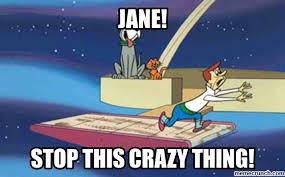 Seven weeks ago I wrote the first part of this story.  Many things have happened since then and it felt right to continue it.  For the first five weeks see My Adventure on Prednisone.

As recounted in the original blog I was given Prednisone on what I believe was June 17 for a rash.  As soon as I took it I began to have high anxiety that would not go away.  I was hospitalized twice because of this.  Once to rule out stroke and once to rule out a heart attack.  I think I recounted the stroke story in the first blog.  I will talk about the heart attack here.

I have no definite feeling for time for the last seven weeks, what I can say is that it was slow and painful.  There have been many days where I could not leave my room because I was too scared to do so.  Let’s face it Anxiety is simple a nice word for fear and I was afraid of everything.  I was afraid of books I wanted to read, I was afraid of food.  I was afraid of people.  The weight loss continued and I have dropped 50 pounds now but not in a healthy way.

I continued my quest for a psychiatrist, and was turned down at office after office.  My primary care doctor continued to treat me with Ativan as it was the only thing we knew to do.  He couldn’t even find someone to help.

One night I woke up around three A.M. unable to breathe right.  I thought I was having a heart attack or a panic attack.  I stayed in that state until 6 A.M. when I could take the next dose of Ativan, I took the dose waited an hour and nothing changed.  Back to E.R. and an admittance for a cardiac work up.  They gave me a dose of Nitroglycerin as my BP was 188/122 and then gave me a dose of Ativan 1mg I.V.  In a few moments, I calmed down and I could breathe again.  The psychiatrist I saw in the hospital recommended Ativan 1mg every 8 hours which, for now, I am still taking.

Through the kindness of the psychiatric nurse at a local hospital I was able to see a psychiatrist, but she was in Mount Airy and wasn’t easy to get to.  She wanted me off the Ativan and on another drug which I took but I had a bad reaction to it and could not reach her.  I had to call my primary care and he stopped what she put me on and continued the Ativan.  When the psychiatrist found out I was on Ativan again she discharged me as her patient.  She didn’t get back to me until two days after I contacted her and then only by text message.  To be honest I was glad she was gone.  But that left me in the same place.  No Psychiatrist.

After returning home from the hospital I went on a new quest for a psychiatrist.  This time I used Zocdoc an app for locating doctors.  I found one on there that I could get to on Lancaster Ave off City Line on the outskirts Philadelphia.  I scheduled an appointment on the app and then called him  and left a message explaining my issues and asking how much he charged as he took no insurance.  Another issue I found with psychiatrists is their refusal to take any insurance they all want cash up front.  This doctor called me back but he was not interested in taking me on a patient.  He wanted to both take care of my medications and be my therapist.  I have a therapist who has been working with me for a number of years, to give him up would be stupid.  This doctor made a suggestion that panned out.  He recommended I call Penn Psychiatric and seek help there.  He even had the phone number ready for me.  I did not want to go into the city but I had no choice.  At the end of our conversation he did tell me what he charged, hold your breath $400.00 an hour.

Penn Psychiatric is located at 3535 Market Street in Philadelphia and is part of The Hospital of the University of Pennsylvania.  The psychiatrists there are residents that are over seen by senior psychiatrists.  I was able to get in with a two week wait.  That two weeks was not easy.  I continued on the 3 1 mg dose of Ativan a day.  I went to see my Primary Care once a week to keep him apprised of what was going and to make myself feel like someone was paying attention to me.  I saw my foot doctor during this period and it was his belief it could still be the Prednisone causing all of these issues as he had patients that had side effects last up to 12 weeks after stopping the medication.  I had so much information that made no sense.  I couldn’t wait to get to the psychiatrist.

As the day approached I did however become very afraid of going to the City by myself.  I let that fact be known to a couple of people and a guy from my men’s bible study named Rob stepped up and volunteered to take the morning off from work and go with me.  We used Uber to get the office and the appt. went very well.  The doctor did not say she knew what was going on and I was quite happy about that but she had a plan for treatment that made sense.  She listened to the whole story of the previous nine weeks.  She entered every detail into a computer which will become a real blessing in a couple of days.  She listened to me and complimented me on my thoroughness and was glad that Rob had come as he was able to add somethings that I had forgotten.  He also remembered things that I would forget after leaving the doctor’s office.  After finishing my story she went to consult with her senior psychiatrist who came into the office and went over what the plan would be.

The plan was pretty simple.  I would begin taking Zoloft at 25mg once a day, it would help with both anxiety and depression.  For the time being I was to also continue taking the Ativan as the Zoloft would need to be built up in my system over time and the Ativan would take care of the symptoms in the meantime.  She was also going to call both my psychologist and my primary care doctor to get their input and keep them in the loop.  I felt like I had a team looking after me now.  I could also reach her Monday thru Friday during the day by phone and there were on call psychiatrists for after hours or weekend problems.  I felt safe.

I got home got the new medication and took it the next day, FRIDAY.  The med did not agree with me at all, I was walking around in a daze half asleep.  It was horrible.  I called her but it was Friday and too late, she had gone for the weekend.  Rob reminded me of the afterhours telephone number which I called.  I first spoke to a very nice social worker who basically assessed whether I needed a doctor or not.  She then advised me to remember breathing techniques to keep calm and made contact with the on-call psychiatrist who called me back very quickly.  He told me to take the Zoloft at night and see how it went.  I was taking 25mg and was to go up to 50 on Sunday but he advised against that until my psychiatrist called me back.

Here is the great thing about the system at Penn.  The psychiatrist on call had access to my entire chart over the computer, so everything that my psychiatrist had entered in the on-call doc could see.  It made helping me a lot easier and it made things easier for me as I did not have to go over my whole story again.  My psychiatrist then had the on-call psychiatrist’s note even before she called me back on Monday.

It was decided Monday that I would not go up to 50 mgs of Zoloft for a while.  When I started taking The Zoloft at night I woke up with nausea in the morning.  It’s a Zoloft side effect.  I finally figured out that if I ate a yogurt before taking the medication I could eliminate my version of morning sickness,

So as of now I am still on 1 mg of Ativan 3 times a day and 25 mgs of Zoloft at bedtime.  This combination has actually allowed me to sleep at 7 hours at a shot which I was also unable to do previously.  I had been waking up about every one to two hours.  The anxiety is not as bad, but the depression is getting worse.  There are times I am in extreme emotional pain.  I am hoping this will pass as we raise the dosage of the Zoloft.  Some of this pain, however comes from legitimate circumstances.  Basically, problems in my life I have no idea how to solve.  But these problems were beginning to manifest themselves right before I took the Prednisone now they need attention.  Hopefully I can find the help I need for these, but that’s another story.

This is a text widget, which allows you to add text or HTML to your sidebar. You can use them to display text, links, images, HTML, or a combination of these. Edit them in the Widget section of the Customizer.